What Do Mead and Citrus Based Honey Have In Common?

Melovino, the only commercial meadery in New Jersey, opened just over a year ago and has already won 19 awards, including a gold medal in March at the Mazer Cup International, a prominent mead competition in Colorado. 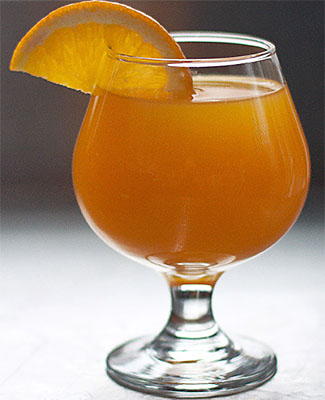 We can actually say that the best fruit mead in the world is made in Vauxhall, NJ. Those who don’t know what mead is, let alone that it has become the subject of the kind of fevered contests more commonly associated with barbecue, have plenty of company. Meade is made from fermented honey, mead predates beer and wine by thousands of years. It makes appearances in both the epic poem “Beowulf” and Chaucer’s “The Canterbury Tales.” Though it has long been a staple in countries like Ireland, Poland and Ethiopia, where it is called tej and considered by many to be the national drink, it is just now gaining popularity in the United States.

The flavor of the Meade depends on the nectar the bees sourced,” said Mr. Moutela, who uses wildflower, buckwheat, orange blossom, clover, tupelo and other types of honey that range in taste from floral and citrusy to fruity and spicy. The mead’s flavor, though, does not derive from the honey alone. The possibilities are endless. Have you ever heard of a grape wine having ghost peppers? With mead you can do that? Local apple cider can also be used to dilute the honey instead of water, something that the meadery did recently with a mead he calls Nice as Pie.

Mead is the next big trend in craft beverages. A recent sold-out 90-minute tour of Melovino lent credence to that claim. Twenty-five people pay $20 each to walk through the production facility, which currently bottles 42,000 gallons of mead per year in more than 30 varieties, and were treated to a tasting afterward. Melovino offers seven tours per weekend, and, Mr. Moutela said, they consistently sell out.

Melovino has a limited distribution operation, though it is to begin selling to 50 restaurants and liquor stores in New Jersey this month. Regular customers have until now bought 500-ml bottles, which cost from $18 to $25, either online or have driven to the retail room at the back of the strip mall.