Sunburst Oranges remembers and honors those who have died in service to our country. 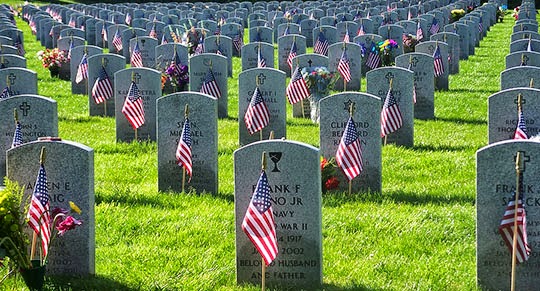 A quick look at the legacy of Memorial Day. General John Logan issued a special order that May 30, 1868 be observed as Decoration Day, the first Memorial Day, a day set aside “for the purpose of strewing with flowers or otherwise decorating the graves of comrades who died in defense of their country during the late rebellion, and whose bodies now lie in almost every city, village, and hamlet church-yard in the land.”

At the time, the nation was reunited politically, but it remained culturally divided, and so did Memorial Day observations. In the North, the federal government created national cemeteries for men who died in the war, while state governments from New York to Michigan gradually made Decoration Day an official holiday throughout the 1870s.

In the South, from April to June, women dressed in white and knelt beneath statues of fallen Confederate leaders; they told stories about the men who appeared in portraits lining the walls of many Southern homes.

By the early 20th century, as Americans faced enemies abroad, many of the surviving Civil War veterans recognized their shared wartime history and reconciled their differences — turning Memorial Day into a national holiday.

If you are looking for the perfect wholesome gift for a business associates, family or friends? A quick visit to http://sunburstoranges.com can solve all of your fresh gift giving adventures. We sell only the finest selections and the freshest citrus you can buy.