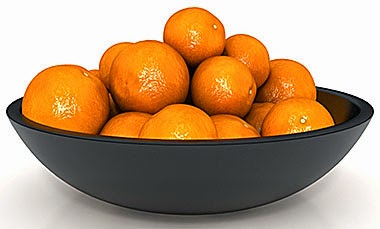 Sunburst Oranges doesn’t claim any relation to the Famous Orange Bowl Parade that is held every year in the Sun Life Stadium in Miami Gardens, Florida. This bowl game is sponsored by Capital One and part of the College Football Playoff.

But since the name is about oranges Sunburst Oranges thought it might be a good day to talk about it.

The game was previously officially known as the Discover Orange Bowl, since Discover Financial was announced as title sponsor on August 26, 2010 as part of a new four-year agreement. The game had been called the FedEx Orange Bowl from 1989 to 2010, as FedEx sponsored the event during that period. Starting with the 2010–11 season, ESPN carried the Orange Bowl, replacing Fox after four seasons. ABC aired the game from 1999 to 2006, with CBS (1995–1998) and NBC (1964–1994) previously carrying the game.

Discover stated that they would not renew their sponsorship of the game further on June 9, 2014; the game will be a part of the College Football Playoff in the future, and CFP rights-holder ESPN has asked for higher sponsorship fees, in return. A new game sponsor is currently being sought. On September 22, 2014, Capital One was announced as the new title sponsor of the Orange Bowl.

Did you know there is also a Junior Orange Bowl?

Known as "The Largest International Youth Sports and Arts Festival,” the Junior Orange Bowl Youth Festival blossomed in 1948 when the first Junior Orange Bowl Parade journey through beautiful downtown Coral Gables. This was the beginning of a festival that is totally dedicated to "Celebrating Youth".

The first Junior Orange Bowl Queen, Sandy Wirth, was selected in 1951. The 12- and 13-year-old girls were, and continue to be, judged on poise, personality and presentation. Presently, preliminary pageants take place from Key West to as far north as Vero Beach. In 1959 the Junior Orange Bowl Committee was officially formed.

Rather than an Orange Bowl you should also consider getting a bowl of oranges from Sunburst Oranges.

Are you looking for the perfect healthy gift for business associates, family or friends? A quick visit to http://sunburstoranges.com can solve all of your fresh gift giving adventures. We sell only the finest selections and the freshest citrus you can buy.