Some “Did You Knows” About Tea

Here are some interesting facts about tea you've probably never heard about: from the place where tea bag was invented to the mosquito repellent found in its leaves. 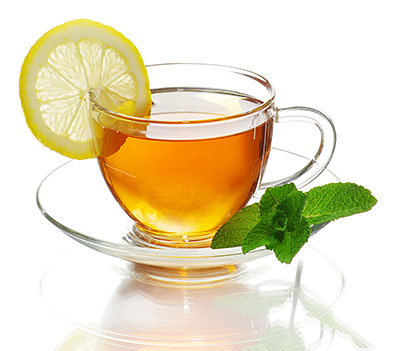 Tea has been around for millennia. Through that time, the Chinese have drunk it for everything from hangover prevention to weight control and common cold reduction. Now, modern scientific research has given us a much better insight into how tea improves health and to what benefit.

Tea bags were invented in America in the early 1800s, and were initially used to hold samples of teas brought from India. Today, 96% of all cups of tea served around the world were made using teabags.

Here are five good reasons for not giving up tea, even if you don’t drink it - it helps to heal shaving cuts, eliminates bad odors when added to a foot bath, can be used to marinade meat, is a great fertilizer for roses, and is also good for cleaning floors.

You can’t have a cup without something to go with it: from cookies and English cucumber sandwiches to seafood accompanied by green tea in Japan, by way of spicy Indian meat dishes, and all-chocolate desserts.

Perfect when drunk steaming hot, tea is also one of the most thirst-quenching summer drinks when drunk cold, perhaps with ice, and possibly some lemon, lime or leaves of mint to add flavor.

After tourism, the cultivation of tea is India’s second largest industry. And India tea is the variety most commonly drunk the world over, despite the fact that it originally came from China.

Since tea contains high levels of antioxidants, it is not surprising that studies have found them in eye tissue. In fact, drinking tea can help to prevent the blindness caused by cataracts (the clouding of the lens inside the eye), said a 2001 study.

If you're looking to have cortisol levels drop back down to normal faster after a stressful event, a 2006 study suggested daily consumption of tea for six weeks will do just that (as compared to placebo). Cortisol is the stress hormone that contributes to belly fat and makes your skin age quicker. One recent study suggested four cups of tea per day may make your cortisol levels spike less.

Are you looking for Teas to use as gifts for a business associates, family or friends? A quick visit to http://sunburstoranges.com can solve all of your fresh gift giving adventures. We sell only the finest selections and the freshest citrus you can buy.